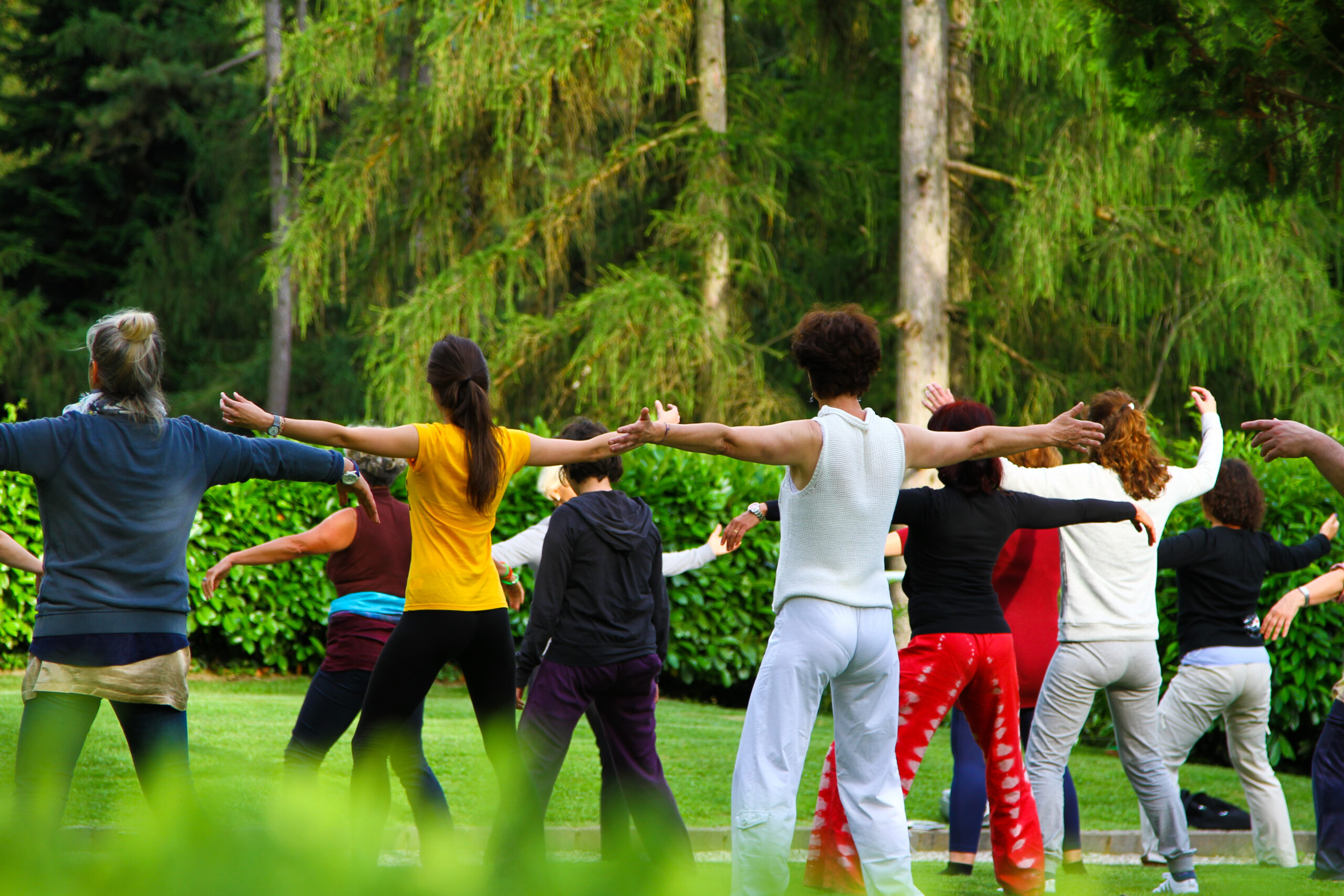 It might sound too good to be true, but the proof is in the pudding… Keep reading to learn what scientists around the world have discovered about qigong and diabetes…

Qigong is a practice from ancient China that combines body movement, meditation and breathwork to promote physical and mental health. There are several types of qigong, and depending on the type, it can be more like mindfulness meditation or more like a light yoga session.

When it comes to treating diabetes and other health conditions, researchers focus mainly on the exercise aspect of qigong. “Qi” means “life energy” and “gong” means “to work with” this vital energy. According to traditional practitioners, the body contains a network of energy channels that can become congested and cause disease. Qigong clears the pathways of energy so that they can flow freely and heal the body from within.

Are you ready to unblock your Qi, lower your blood sugar and treat your diabetes?

Health Benefits of Qigong for Diabetes

A growing body of research shows that qigong can be an effective therapy for maintaining physical, mental, and cognitive health. Medical qigong treatments can have a positive effect on preventing and reversing complications of type 2 diabetes.

Qigong may also help with:

When it comes to diabetes, qigong can improve quality of life by helping the skeletal muscles absorb glucose.

In other words, it helps lower blood sugar!

Next, let’s take a closer look at what the research has to say:

Researchers at Bastyr University in Washington state created a qigong program to help type 2 diabetics improve blood sugar and reduce their reliance on drugs. According to the study’s lead author, Guan-Chen Sun, PhD, his version of qigong taps into the body’s vital healing energy.

His team studied 32 participants who were taking medications for their type 2 diabetes, although none were taking insulin.

The participants were divided into three groups:

What did they find?

The results suggest that qigong may be an effective complementary therapy for people with type 2 diabetes.

But one little study isn’t enough to turn heads in the medical community. Luckily, there’s plenty more where that came from!

The Studies Keep Stacking Up

Studies from Japan, China, and Australia have found similar results.

The results are in… it looks like this ancient Chinese practice really can play a role in treating type 2 diabetes!

Ready to Give Qigong a Try?

So what the heck does qigong actually look like?

Mabu is one of the core movements of qigong and is used in several Asian martial arts and other movement practices like Tai Chi.

How to perform Mabu:

Hold this squat position for 10 to 30 seconds as you move your arms in and out with your breath.

You should start to feel a mild burn in your quads and glutes.

Gonbu is another common qigong stance. It’s a little more dynamic than Mabu but is another great exercise for beginners. While Mabu is more like a squat, Gonbu is more similar to a lunge.

Hold this position for 10 to 30 seconds before switching sides. You should feel a stretch in your groin and a slight burn in your legs.

Qigong ball rolling is more of a moving meditation than a fitness exercise. It’s much less intense than Gongbu or Mabu and focuses your intention on the energy between your hands.

How to perform qigong ball rolling:

Qigong is a total mind-body experience and it’s the perfect balance of exercise, breathwork and meditation. It’s no wonder that it shares so many health benefits with mindfulness training, yoga and other light forms of exercise!

In just a few days a week, 30 minutes a day, qigong can be the perfect addition to your diabetes care routine.