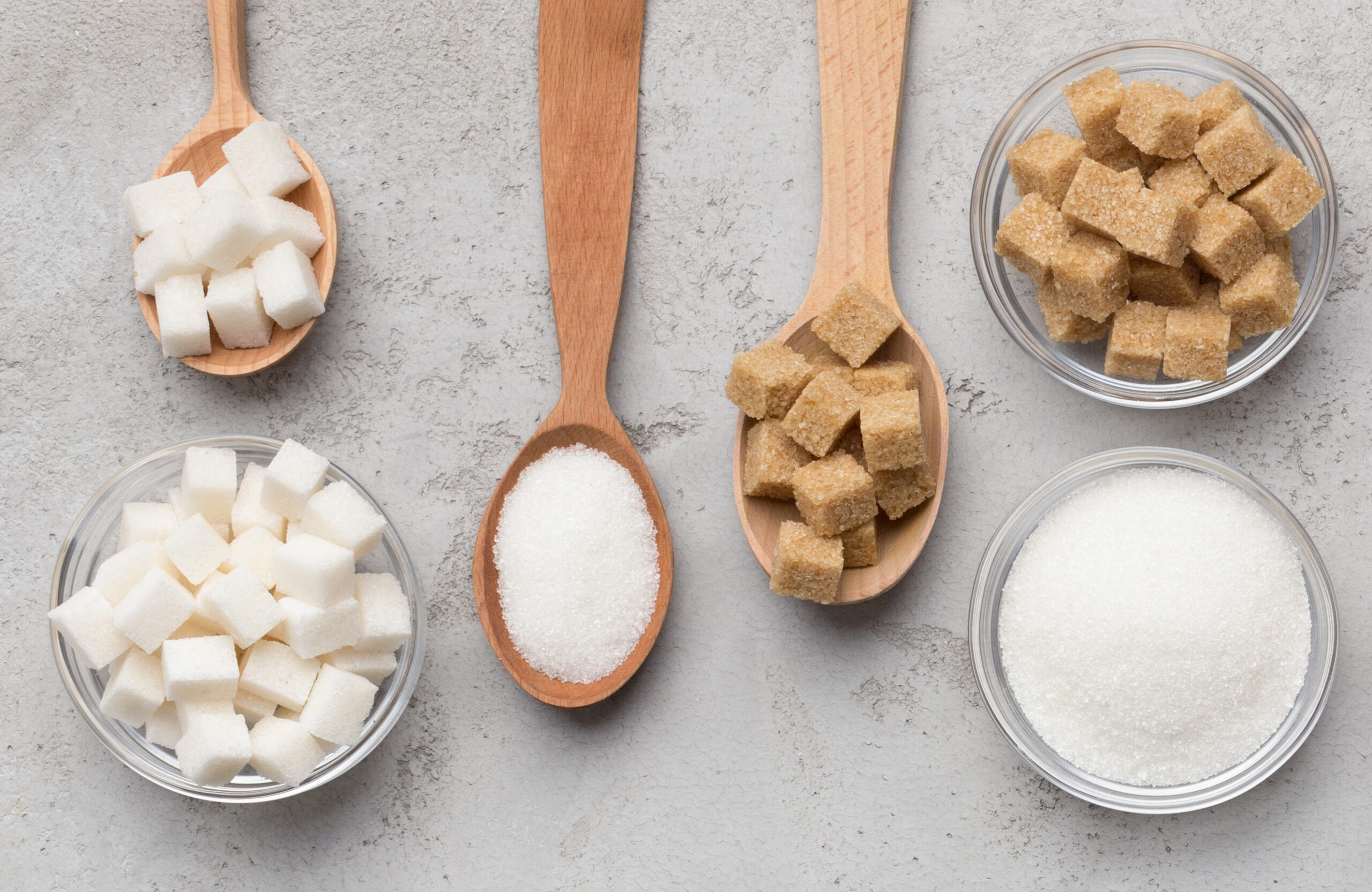 When you have diabetes, it is crucial to control your sugar intake to keep your blood sugar levels at goal. To achieve this, people with diabetes may want to reduce sugar in their food and drinks. Substituting sugar with artificial sweeteners is one way to do this.

For some people, this means adding a non-caloric sweetener to their morning coffee. For others, this may mean choosing a diet soda or sugar-free cookie instead of the full-sugar alternatives. Each of these choices may involve choosing between multiple kinds of artificial sweeteners.

Many different kinds of artificial sweeteners are available. This article will discuss some of the most common sugar substitutes. It will also review how these sweeteners impact your blood sugar levels and overall health if you have diabetes.

How Does Sugar Impact Diabetes?

It may seem obvious that consuming sugar-laden, carbohydrate-heavy food or drinks can raise your blood sugar levels. However, the entire picture is a little more complicated. The sugar that your body uses is called glucose, which is why your blood sugar tests are also known as blood glucose tests.

When we eat sugar, however, it is more commonly consumed as sucrose and fructose:

For this reason, a high sugar intake not only directly impacts your blood sugar levels, but also your gut bacteria and cholesterol levels.

Many artificial sweeteners are used in the United States and globally. Many of the sweeteners are available both in packaged foods and bottled drinks, and also as individual ingredients for home cooking or baking.

It is important to read nutrition and ingredient labels when you shop, and make sure not to stop reading at the first sweetener you come across. This is because sometimes more than one artificial sweetener is used at a time in a packaged good. For example, outside the United States, it is common to find saccharin and cyclamate blended together.

The FDA has approved eight sugar alcohols, or polyols, as sweeteners. These substances are slight misnomers in that, from a chemistry perspective, they are both sugars and alcohols. However, they do not contain ethanol, which is the main ingredient in alcohol for human consumption. As such, it is impossible to get drunk on sugar alcohols.

The approved sugar alcohols are:

Sugar alcohols have both benefits and drawbacks in diabetes. Although they do not impact blood sugar or cause dental cavities, they can cause diarrhea, especially when consumed in high quantities.

Sugar alcohols can impact the gut bacteria. However, this can be beneficial in some cases. For example, maltitol increases bifidobacteria and lactobacilli in the gut. These two strains of bacteria are known to be protective and are present in many over-the-counter probiotic supplements.

Although not technically “artificial,” many naturally-derived sugar substitutes exist. These include:

Are Non-Caloric Sweeteners Safe in Diabetes?

Some researchers hoped that sugar substitutes would improve the body’s ability to use insulin in people with diabetes, however research does not support this. Further, other studies have shown that, counterintuitively, using sugar substitutes as opposed to avoiding sweets altogether may be linked to weight gain and cardiovascular disease, although this may depend on the sweetener. This is due to possible sugar substitute effects on:

Nonetheless, sugar substitutes may be a better alternative to sugary foods in those with diabetes.

Beware of Other Ingredients in Sugar-Free Foods

Even if you use a sugar substitute to avoid spiking your blood sugar levels, other ingredients can harm your health. For example, cookies baked with sucralose instead of sugar nonetheless still contain carbohydrates from flour, which is a starch that can increase your blood sugar. Cookies also contain a high amount of fat, which can increase your weight, worsening your diabetes and increasing your cardiovascular risk.

If you choose a sugar substitute, it is important to look at the whole dietary picture. For example, you should make sure you are not eating more food than normal just because it is sugar-free. By carefully choosing non-sugar alternatives, you can keep your blood sugar at your desired range and improve your overall health.